What is a short story? • Lynne Garner

By Lynne Garner - January 08, 2018
As a short story writer I'm often asked what is a short story? Well, here's my attempt at answering that question.

If you were to follow the example written by A. J Chilson then just five words is a short story:


“In bed, struggling, he succumbs.”

Or there's this example by Ernest Hemingway which uses just six words:

This type of story is known as nano-fcition, flash fiction, sudden fiction, micro-fiction and even the postcard story.

But there are forms for example prior to Twitter increasing the length of a tweet some writers took on the challenge of attempting to write a story using just 140 characters, these unofficially became called 'twisters.' Here's an example by Ron Gould:


"Time travel works!" the note read. "However you can only travel to the past and one-way." I recognized my own handwriting and felt a chill.

Or these samples from Simon Sylvester:


“She insisted they call the baby Robert. If he’d known the real reason, he’d have put up more of a fuss.”

"They walked up the hill together, father and son. He emptied the little urn from the top of Waslade; he walked down on his own"

Here's one of my own attempts:

Other forms of short stories include the dribble, drabble and droubble. A dribble is a story that has exactly 50 words, a drabble exactly 100 words and a droubble exactly 200 words. You're allowed 15 additional words for the title but unused words cannot be added to your story.

It's believed the concept for the drabble emerged during the 1980’s and was invented by the SiFi Society at Birmingham University. It takes the term from the 1971 book ‘Big Red Book’ created by the Monthy Python team. In this book a ‘drabble’ was described as a word game where participants had to complete a novel. In order to make this possible in the real world it was agreed 100 words would constitute a complete story. Drabble contests were held where a theme was given and an agreed amount of time allotted. If you want to find out more about the Drabble, how to play, the rules etc. then click here.

However, those (traditional publishers of short story collections, magazines, online competitions etc.) requesting short story submissions will specify they want anything from 1,000 to 5,000 even 10,000 words.

So what is a short story?

My short answer is that it's a piece of fiction as long or as short as you want, that contains at least one character (we may or may not know their name or gender) and where something happens. In the types of short story I've discussed we may be left with more questions than answers but I like that in any length of story.

If you fancy having a go at one of the short forms above please do share, I'd love to read them. 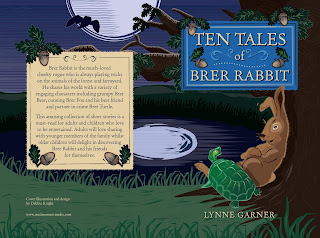 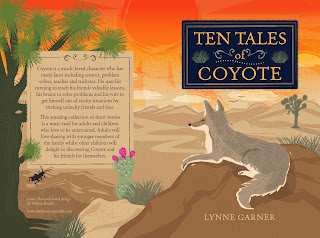 Anonymous said…
Gosh I too wish I could write like that. Deceptive simplicity used to such devastating effect. So much unseen work behind those few words. The Hemingway quote is pure genius of course but the tweets come close to the standard he set. Thank you for this. I especially like your definition of a short story - liberating, after years in which it has seemed to be all about the 'twist', not the character(s) or Something Happens bit at all. They can be as sketchy and unconvincing as you like, as long as the reader is hoodwinked in some way. Boring.
8 January 2018 at 16:36

Umberto Tosi said…
To paraphrase Blaise Pascal (or was it, Theroux?: I would have written a shorter story if I but had the time. Your post leads me to think that I may be wasting all my dribbles, drabbles and droubbles, imperfect as they are, on social media. :D Thanks for your illuminating take, Lynne!

Fran B said…
Your post makes me feel like writing a short story. One that leaves Reader with more questions than answers - but is still somehow satisfying. Writing at its purest. Dribble and Drabble sound like Dickensian lawyers! But good writing group fodder, thank yo.

Lynne Garner said…
Thank you for reading and your comments folks. I often use these short forms in my writing classes. It helps the students learn to hone their writing, making sure that every word counts. Also if you leave the reader with questions it means you can write that second book.