By Fran B - January 02, 2018
Here's a question for you: have you ever been totally sure that you knew the meaning of a well-known phrase and then discovered it actually meant something very different?

It's all over bar the shouting. That's what my mum used to say on the 2nd of January. Going by the grim tone of her voice, I took it to mean that we'd all had our fun and now it was time to pay the piper.

Since Hogmanay (New Year's Eve to sassenachs), in the Scotland of those days, involved the consumption of a great deal of alcohol, nicotine, and black bun (very, very rich fruitcake), the 'shouting' seemed to mean a lot of grey faces, bleary eyes, 'bangin' heids' and muttered promises of 'never again'.  The excesses of Hogmanay (31st Dec) were repeated on 'New Year's Night' (1st Jan); and so, it was the 2nd before the full consequences struck, the miraculous effects of the 'hair o' the dog' (a wee bit more alcohol) having enabled the second night of over-indulgence and merrymaking.

By the 2nd, the booze had run out and everyone was heartily sick of black bun. It was time to lick our wounds and accept that we were back to 'auld claes and parritch' (everyday dress and plain food). 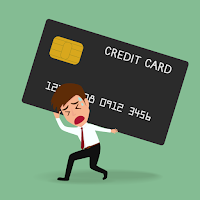 Most people saved up ahead of time in those days- there were no such things as credit cards - so it was less about counting the monetary cost. Today, however, it will be very much about that.


Debt incurred, buying Christmas presents, Hogmanay party fare and new outfits, can be still owing the following summer, autumn or even into the next season of festive overspending.


Enough sermonising: to the point in question. Turns out that 'It's all over bar the shouting' has nothing to do with paying pipers, wallowing in regrets or making unlikely promises of reform.

The Cambridge Dictionary defines it thus: If an activity is all over bar the shouting, the result of it is known, but it has not been officially finished or announced, so people can still say that a different result is possible. The example they give is: 'With practically all the results declared, the Nationalist Party has 68% of the vote, so it is all over bar the shouting.'
(As a YES voter in the 2014 Scottish referendum, I must say I like their choice of example ...)

BookBrowse (not a website I have ever used before but it came up first when I googled the phrase) says it dates back to the nineteenth century when ballots were counted by hand and the results were not available until long after the polls had closed (due to the time taken to hand count).

The announcement of the start of the count often triggered a loud roar from those who had voted. In a one-sided contest, it would be obvious who the winner was at this time, because of the volume of cheering for a particular candidate. In other words, the outcome was unofficial but decided: it was all over bar the shouting (except for the official declaration). It's not a lot different today when the clear winner has often emerged before the poor old Returning Officer strives for his moment of glory; and, certainly, the country-wide result is usually pretty clear before the last few wards return their counts.

So, my phrase turns out to be all about celebrating a victory in a political - or perhaps sporting - context when the outcome is no longer in doubt and only the official declaration - or the final whistle - remains. It has also, says BookBrowse, come to mean that all the hard work has finished and all there is left to do is celebrate. Quite different from those 2nd-January-hangovers of the fifties or 21st-century wincing as the credit card bills roll in.


As a writer, I feel chastened. And not a little scared. I consider myself a wordsmith, completely at home in my native tongue. Yet, a childhood impression had led to an assumption, never questioned, about the meaning of a well-known phrase. In fact - confession time - I had actually blithely started on a blog about the 2nd of Jan being the Day of Recrimination, all based upon that fateful phrase, when some guardian angel whispered in my ear to check its meaning. The rest is, not so much history, as a narrow escape. Imagine the scornful comments from all you guys who have always known its real meaning!

As my old algebra teacher used to say: 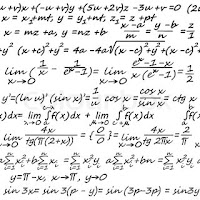 Anonymous said…
This is so true, Fran! I am also always using phrases of which I'm sure I know the origin, only to find that I'm wrong (cause of much heated argument at family meals). Wonderfully amusing and informative post - I'd never heard of black bun before! - thank you.
2 January 2018 at 09:21