I Write, Therefore I Knit. By Jane Thornley 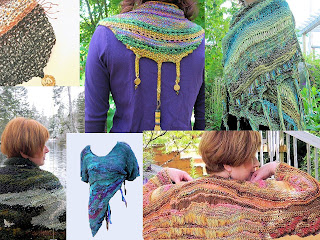 We are writers and yet we each have lives. Maybe we have families, spouses, jobs. Our bodies require fuelling and sometime we even have to get up from our computers or we'll literally bottom out. All that is understood.

But what else do you do that fuels your passions besides write? And I'm not talking about hobbies. I've always rebelled against that word. The term "hobby" can't be applied to activities which are so necessary to one's being that they are placed in priority slightly to the left of breathing. I'm speaking of activities which require full-frontal commitment, something so important to your well-being that you can't imagine going without. 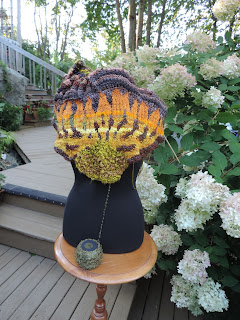 So, are you thinking socks, patterns, long pokey needles, or scratchy things you mom used to make? Fair enough, but that's not what I get up to these days. I prefer something more off-grid, something unpredictable, unfettered, even wild.

Just like writing, I knit as a way to unfold a story with multiple threads, colourful characters, and a distinctive beginning, middle, and end. Stitches are my words, yarn the story elements. The combination of stitch-plus-yarn creates character, with color adding the mood and shape adding the plot. The metaphors are so ripe for the picking here and I could pun away until you scream.

Instead, I'll tell you that I simply need to knit the same way I am compelled to write. Here's a counterbalance to the cerebral world in which I inhabit while writing. I crave something tactile with an almost physical hunger. My writing worlds come alive inside my head but my knitting can be manifested between my hands and fingers. Sometimes the two are so interconnected, the transition feels seamless.

Lately, I've taken to knitting plots, sometimes literally. I am a panster in knitting as well as writing--no outlines and no patterns. I create as I go, visualizing my story the way I do a fabric, totally within my imagination. I hold the big picture of both story and textile in my head, sensing what needs to be done where and when. It's a process I can't explain, much like writing. I even see weaving in characters in terms of colors--where to add a bright element, where to add something dark. Most of this is in no way plotted or even sketched. In fact, a plan for me is only something I can veer away from, leaving me feeling guilty for not sticking with it, what ever "it" was. 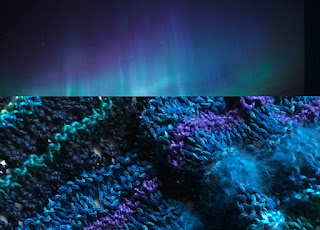 This was not always the case. Like most of us, I was taught to draft, plot, and plan but even as a child I'd write my stories and then do up a draft after the fact. Maybe I fooled my teachers, maybe not. As I grew older and plans were still required as part of grown up life, my knitting appeared much more visually regimented, too, but it was all a sham. I did not count, I did not follow a pattern. I did however have a picture in my brain, the idea of which I transcribed in stitches onto my fabric canvas. It was all visual. That's the point: writing and knitting for me are both visual processes translated by a different means.

As writers, we all find our own way and are probably wise enough by now to just do what works for us. Occasionally I still allow myself to be distracted by experts telling me how things should be done and I'll even give these alternate techniques a try. This may involve trying these prescribed methods for about two days until I inevitably slip back into my old raggedy default position. Maybe its time I just accept it. I write and knit in the same vein: I just tap into my creative artery and let it all flow, shaping as I go and weaving in my ends in the final stages. 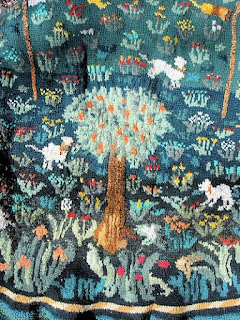 Susan Price said…
Great post, Jane. I've never knitted (I strongly resented all attempts to teach me as a child.) But I do recognise the style of writing you describe so well here. We're pantsers both.

It can sometimes get you into a terrible, confused mess -- But I think those books where I've made it up as I went along, without much if anything in the way of a plan, have turned out to be better than those where I had to work to a strict, short deadline and, of necessity, followed a plan.

I'm not trying to tell planners they should abandon their plans. I think any method that works for someone is good. But, in my personal experience, following a plan means following first thoughts, which tend to be - in my cse anyway - superficial. The muddle and chaos of pantersering allows images, thoughts and insights to float up from deeper levels -- when you suddenly realise that they are better than your first thoughts.

julia jones said…
never thought of knitting being possible like that. thank you
20 January 2018 at 14:24