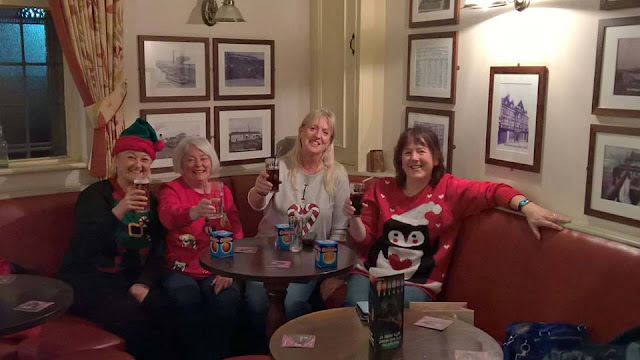 So it's January and I’m supposed to be full of resolutions and renewed energy, taking stock of the past 12 months and gearing up for the next.

Well, I’m not. Not really. Stock-taking, maybe. 2017 was an eventful year in many ways – I started Slimming World in mid-January, and nine months later I’d lost 3 stone and 2-3 dress sizes, gaining an entire new wardrobe, a new fitness regime and muscles I didn’t know I had in the process. All good. On the writing front though, it’s been very different.

2017 seemed to be a turning point for many of my writer friends. There are a number of us who’ve walked this indie journey together over the past seven or eight years; we’ve stumbled on the path, supported each other and celebrated with each other. But many of us have become jaded along the way, frustrated with the endless hurdles and constant pressure under which we put ourselves. Sales are way, way down for me – and I suspect I’m not alone in this as several of my writer friends have made deliberate steps out of the fast lane and said they will continue to write for pleasure only. Some of us are stepping back, re-engaging with family and friends, enjoying hobbies we’d put to one side in the frenzy to publish and sell, sell, sell.

But it’s not all been doom and gloom. I’ve been lucky enough to be part of a Dr Who spin-off DVD, acquired an IMDb script-writing credit and done book signings in Waterstones and independent book shops. It’s been a glimpse into a different world and I’ve been grateful for that opportunity. And while the community radio play project I invested several years in has folded, it’s opened other doors and I’m enjoying exploring new script opportunities with a small close-knit group of local writers. And I’ve published my first audio book too – all new directions.

But novel writing? I don’t know right now. I’ve just subbed a short story to an anthology. I don’t write many short stories at all, but this was fun to do and it’s done, finished and over. There’s a satisfaction in that. Maybe shorts are the way to go this year, to keep my energy, my stamina for other projects? But to do that means I have to consciously let go and step off the indie merry-go-round – and once I do that, I risk it spinning away too far and too fast, and I’m left behind in the playground.

Maybe it’s an age thing? I hit menopause in 2017 and that’s very much a time for reflection, for reassessing priorities. Andy’s looking at early retirement and my daughter is on the verge of leaving university and making her own way in the world. We’re thinking of selling the house and downsizing, freeing equity for new adventures.

2017 has in many ways felt like I’m treading water, marking time. 2018 will be the time to move forwards again. Who knows where I’ll be by this time next year?

Umberto Tosi said…
I've only belonged to this lovely group a few years now, but love every minute. Thank you all. I enjoy the camaraderie, good ideas and witting writing and look forward to the coming year. A happy 2018 to all, and special thanks to you Debbie for your informative posts and help through the year.
6 January 2018 at 07:33

Dipika Mukherjee said…
Debbie, it is always nice to see posts like this which pull back from the sell-sell-sell to ruminate on and assess our writing lives. Wishing you a fabulous 2018!
7 January 2018 at 23:49

janedwards said…
A fine line between wanting to sell and not allowing the selling to rule every waking moment. Enjoy your 2018 x
8 January 2018 at 16:23