I am just coming to the end of the editing marathon for my next crime novel In Her Defence, and nervously awaiting final corrections and comments. As always the section that has been poured over and fretted upon is that first chapter. Yes, the end matters almost as much, but I am very aware, to the point of near paranoia, of the need to start with a hook. Those opening few pages are all important, and increasingly so when so many potential readers will be using the ‘look inside’ feature on Amazon to sample your wares.
So what constitutes the opening hook? The first page? Two pages? Three? 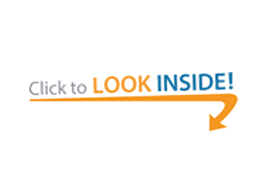 Taking a quick glance at Kindle books the Amazon Look Inside function varies on how much of a taster you are allowed and depends on the quantity of prelims, but three to five pages of story available to read seems to be the average. When a page is around 300 words on average it’s a scary prospect to realise that the decision to read my many months of work will be judged by the first 1000 words or less. For most people that is sufficient to know if they like the writer’s style, and whether they’ve been well and truly gaffed. For me in the final stages of editing hell that is truly terrifying.
Three years ago Misha Herwin and I were trying to promote our books and finding it next to impossible to obtain slots at local libraries in the evenings - when the majority of people would be able to attend.  I am sure most people, writers and readers alike, have been frustrated by this. It is no fault of the librarians themselves however. They are only to happy to help writers of all kinds when they are able, but cuts in government budgets  have forced libraries to axe evening opening hours; or in some cases close their doors entirely.
So what to do? We knew of evening reading cafes in other cities (Birmingham and Manchester for example) but it is not easy to reach those places from here after a day’s work. Anyone who has tried to travel the M6 between 5 and 7 pm will know exactly what I mean! The only answer was to approach Central Library in Hanley and ask if we could run a series of quarterly Reading Cafes. They agreed, but with the stipulations was that we were done and dusted by 8.30pm and that to ensure we finished on time, to limit choices to just six writers, each being allowed six minutes each to strut their stuff – thus 6x6 was born!
What has that to do with my editing jitters you might ask?
Audience feedback from these events has pretty much confirmed that need for the much-talked of hook. Flash fiction at 6x6 will invariably work well because most writers can get a story across in that permitted 900 (approx.) words.

As the point of 6x6 has always been to allow authors to promote their current published titles we also receive a lot of opening chapters (or parts thereof) - and of course these still need to fit into that 6 minute (900 word) package - which is about the same space allowed on Amazon's Look Inside feature.

Do the 6x6 author’s opening salvos – those crucial first three pages (900 words) – entice the listener (reader) to want more? Or have them drooping in their seats and fighting to stay awake?

There is no mistaking the latter at 6x6 by the feet shuffling and Meer cat impersonations as attention drifts and people start looking around the room for a distraction. Six minutes may not sound long but it can feel it. Get the piece right, however, and it flits past in an instant.
Which brings me back to my own edits and that final read through.

I shall tackle it with my 6x6 head on and ask myself that big question. Does it pass the six minute test? Or am I girding loin for the umpty-ninth draft in that unending search for the golden hook?

Only time and editors can tell.
***
More about Jan Edwards and her work can be found on:
Blog: https://janedwardsblog.wordpress.com/
Facebook: jan.coleborn.edwards
Twitter: @jancoledwards

Titles in print – all available in print and dig formats
As author: Winter Downs; Fables and Fabrications;  Sussex Tales;  Leinster Gardens and Other Subtleties 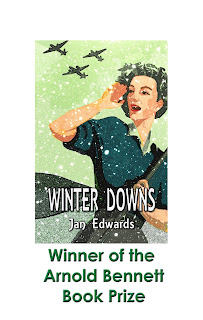 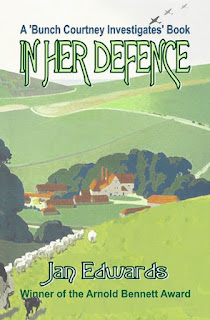 The award winning Winter Downs is first in the Bunch Courtney Investigates series. Book two, In Her Defence, is coming soon!

Umberto Tosi said…
I know the feeling - and the apprehension of having missed some critical error, along with concern about that all important first chapter. I'm sure your concerns will be allayed once the novel is out and you start getting the positive feedback it will have earned you. Good luck with In Her Defence.
20 September 2018 at 05:03

AliB said…
I like your 6 minute rule. I help run evenings of short story readings which we usually limit to 1500 words and that's for a self-contained story. 2000 even of a brilliant short story is quite a long time to read. When doing excerpts of my novel, 8 - 900 is about right IMO and I often find myself editing my own text as I go along! Ali
20 September 2018 at 15:50