A tin full of buttons and memories • Lynne Garner

By Lynne Garner - September 08, 2018
Recently I tackled the task of
rediscovering the floor of the garage (ours is like many - full of 'stuff' that can't be thrown away). During the process I opened a storage box. Laying on the top were two tins (one full of buttons - see right) I'd been given these by my Uncle Albert. You see he'd been given two tins of shortbread biscuits, which he doesn't like. So, he re-gifted to me - I was more than happy with that.

Once I'd consumed the contents of both I remembered my nan had had a button tin. I loved to play with the buttons it contained and this in turn brought back loads of fond childhood memories. So I decided it was about time I had my own tin of buttons. So over the next few months, whenever I found a stray button I put it into the tin.

I knew I should really be cleaning up the garage but I couldn't help myself, I had to open the tin. When I did memories came flooding back. For example:

Oh, hang on there - as I'm typing this I've just remembered something which I've now got to go and check....

It's amazing how one memory can flow into another. These two little trinkets came from my gran's button tin. 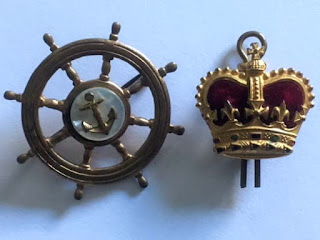 I've not thought about them for an absolute age. I've no idea where they originally came from or if they a connection with my grandad and his time in the Navy. However, now I have a head full of memories of my grandad - he was a bit of a tinker with a great sense of humour.

Now the writer in me is wondering how I can use these memories. A short story? Perhaps a picture book story? Maybe a story that I could submit to a magazine such as The Lady or The People's Friend.

As I said it's amazing how one tiny thing can set off a chain reaction. When I started writing this post I was going to go in a totally different direction. Now, I have to pull out my pad and get some of these ideas down before they start shouting at me and keeping me from concentrating on other things (fellow authors will know what I mean).

Right now where was my note pad? 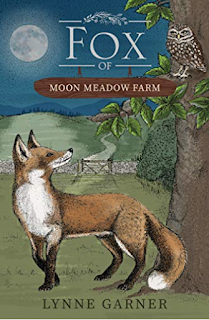 Check out my various collections of short stories:

Griselda Heppel said…
I love your button box. What a rich hoard of memories and symbols, of course it makes a great jumping off point for all kinds of stories. And I was instantly reminded of the button box in Oscar and Lucinda, forming Oscars most treasured possession all his life, as his one bright memory of his mother.

Am also very impressed with your prowess with the needle. You don’t just alter, you MAKE your own clothes. Respect.
9 September 2018 at 11:28