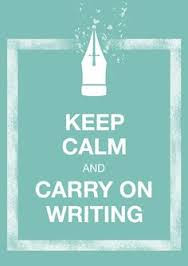 As this is the last of my AE blogs for 2017, I have been casting around for a suitable topic to sum up the past 12 months.  New year resolutions sprang to mind but they can be such a mine field when you make your own choice a matter of public record.
I am quite bad at them. I start with the best of intentions but by the end of January my well meant promises are already being shoved to the back of the queue as life gets in the way and by the 1st March I am usually trying to forget I ever made them in the first place. So what then? The general wisdom is to make a resolution that is within your grasp and to be specific.
I was giving this very matter some thought as I struggled through a step routine for the first time this year! It would be fair to say that I am not a natural athlete, and that, combined with hours spent at the keyboard, does mean a certain tendency to spreading out a little.
The recent weather has even limited my walking any distance – and if I am perfectly honest I hate gyms. Not because of the exercise as such but the general ethos of these people. Being a little rotund and not the most body-confident person in the world  spending time amongst those shiny, skinny people in Lycra, performing impossible things  to head splitting music (for want of a better word) is something that could easily been envisaged by Dante himself (IMHO). But... exercise I must by order of the Neurologist I was obliged to see quite recently for a neck problem caused by the very act of sitting at a computer to write...
With all of that in mind, and the prospect of all the goodies to come over the next couple of weeks, I got my other half to drag the old Wii out of the attic.  Yes, I know the Wii is considered a bit old-school, but hey, it works for me!

This morning I put in my first Wii session in a long while. I only exercised for 40 minutes, and if I am honest yes, I picked the exercises I knew were quite gentle, but it was enough. As I sit here typing I  ache in places I quite forgot could ache. Yet in a good way. It’s a step in the right direction.
Just yesterday I had a sudden epiphany for current novel-in-progress.
I have been struggling for some months with any kind of writing. A mix of family health matters and moving house shifted it to the back burner from January to September and getting back into the swing of putting down words in any kind of quantity and/or quality has been really tough.
Yes, I sit diligently at the keyboard as I always have done. I read the last few pages and add a sentence or two, and then the mind wanders. I slide off to research a point and since I am already on line I faff around on social media for a while.
Realising that I am procrastinating I sign out and play a few rounds of solitaire (because it clears the mind... honest!). Then its back to dragging another sentence from my finger tips and suddenly an entire morning has produced a grand total of fifty words.
Not good. Writers’ block? Not exactly. 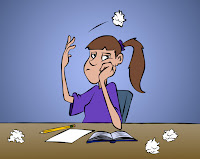 In this case I would say it is more like writing encounters of the third, fourth and fifth kind.  I know the story is out there. I can see the lights and hear the music, but its all moving just that bit faster than me and always just that teeny fraction beyond my reach.
It reminded me of those gym bunnies in their yoga pants and skinny vest tops. I know they got there through hard work but the means to get achieve that for myself can appear so elusive.
I ache today because I am exercising muscles that have been allowed to grow flabby from lack of use and I am struggling to write for much the same reason.


The choice it made. My 2018 resolution will be to exercise ALL of those muscles; inside and out. Let 2018 be the year that I knock myself back into shape!
Authors Electric Blog Dante Indie authors jan edwards keeping fit New Year resolutions Wii writers' block writing

Umberto Tosi said…
A Wii bit of inspiration goes a long way! I've been there. Perseverance prospers. Thanks for an entertaining and all-so-true post, Jan! :)
19 December 2017 at 19:56

Katherine Roberts said…
I started scribbling some vague resolution type ideas, and ended up writing a bucket list... much more fun! But I suppose the two lists are much the same thing, really. Resolutions are stuff you feel you should do next year; bucket list is stuff you feel you should do as soon as possible, just in case.
21 December 2017 at 17:02