I braved it, by Tara Lyons

By Unknown - July 18, 2017
I thought I’d use this month’s blog to give you all a quick update about the meet the author event I attended on July 1st (click here if you want to read my original post).


Well, I’m happy to report that not only did I make it through the door, but I also read the prologue of my second book, No Safe Home. I won’t lie, my hands were trembling – and I had to hold both the book and the microphone in front of me, so there was no hiding the shakes – and my tongue felt ten times too big for my dry mouth. But, despite all of that, I read the chapter. More importantly, and thankfully, the audience listened intently, applauded and one person even purchased the book after the event due to hearing the prologue. Definitely worth the week of jitters leading up to the event, I think.

I have to thank the team at Bloodhound Books and my friends and all the supporters who came to the event. I think my pre-stage nerves were obvious to everyone, and they all did what they could to calm me down. One friend, who travelled into London especially for the event – and is very clever at what she does – got me chatting about my son for ages; the tension in my stomach subsided once my mind forgot the real reason we were all in the bar.

But, it was a win, and I proved to my university-self that I have grown as a person. Don’t get me wrong, I’m not rushing to sign-up for the next event, but I’m also not saying no.

It’s another big week for me as I’m packing my bags for a weekend at Theakston’s Old Peculier Crime Writing Festival at Harrogate and book three in my DI Hamilton series will be published this Sunday (23rd July). Hopefully that means I’ll have lots to share with you next month. 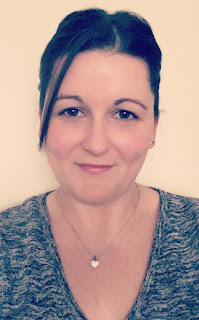 Tara is a crime/psychological thriller author from London, UK. Turning 30 in 2015 propelled her to fulfil her lifelong dream of becoming a writer. In the Shadows is Tara's debut solo novel published in March 2016. She co-wrote The Caller and Web of Deceit: A DI Sally Parker novella with New York Times bestselling author, M.A Comley. In August 2016 Tara signed a two-book contract with Bloodhound Books. The second book in the DI Hamilton series, No Safe Home, was published in January 2017.

To find out more, visit her Amazon and Facebook pages by clicking the links below:

Dipika Mukherjee said…
These public appearances get much easier with experience...well done!
19 July 2017 at 13:19