My words fly up, my thoughts remain below by Bill Kirton

Disclaimer: what follows are my personal opinions and prejudices, not those of Authors Electric. 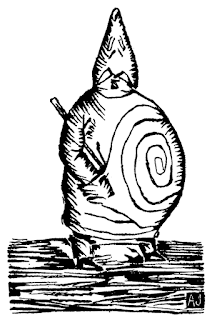 I do realise how tedious I am with my constant references to Sisyphus, absurdity and connected experiences, but now that political manoeuvrings and personalities have confirmed that absurdity is the norm, I need to return to it. Don’t worry, though, this will not be me penning ‘variations on a theme of existentialism’ or theorising about whatever poses as sanity and common sense in the skulls of those at the apex of our society. No, I’m a writer, so it’ll be about words.

The blog’s been inspired by an excellent article in the New York Review of Books which analyses the various approaches of members of the US Senate Select Committee on Intelligence to the interpretation of seemingly straightforward terms. I won’t go through its contents because it does a far better job than I would about bringing the different threads together. It does, though, confirm Gore Vidal’s observation that ‘words are used to disguise, not to illuminate’, and it offers examples of the ‘Covfefe effect’, i.e. the daily mangling of English by persons too stupid and ignorant to be capable of knowing better. (Biased? Moi?)

One of the reasons why James Comey decided to put a detailed account of his meetings with Trump in writing was ‘The nature of the person I was interacting with’. Nice. He was concerned that that ‘person’ might lie about what was said. And he used the word ‘lie’, while another senator preferred the term ‘non-truthful representation’. It would be interesting to find out the distinction the senator makes between the two. I suppose it’s possible he’s being paid by the syllable.

Anyway, it seems reasonable to assume that, when the leader of the western world (No, honestly? Really?) says to you, ‘I hope you can see your way clear to letting this go’, there’s not really much ‘hope’ involved. Unless you’re the senator who interpreted it literally and tried to pretend that someone with the humanity, respect for others, and good nature that characterises Mr Trump, was genuinely expressing a hope rather than a badly-veiled threat. 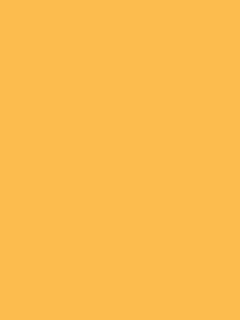 (The above is supposed to look orange, that being the colour of the visible bits of the central figure in this tale. The fact that it looks yellow forces me to add this parenthesis, which is the sad equivalent of having to write 'LOL' at the end of a joke to signify that that's what it is.)

As everyone now knows, New York City’s Public Theater, as part of its annual Shakespeare in the Park program, staged a production of Julius Caesar in which the protagonist was made to resemble Trump. Whereupon various companies withdrew their sponsorship. But Trump as Caesar? Puh-leeeeease (as an American friend says when hearing things she considers stupid and which I’m guessing she says quite a lot nowadays). Caesar calls men who think ‘dangerous’. Trump doesn’t know what thinking is.

No, no, there’s a much better play to express the man’s grotesquerie. Its world première, on December 10th, 1896,. turned out also to be its entire first run and it’s the play that many Absurdists claim to be the forerunner of the whole Theatre of the Absurd movement. It’s Ubu Roi by Alfred Jarry and it’s about … well, basically, Trump.

According to one of the play’s translators, Jane Taylor, Ubu ‘is notorious for his infantile engagement with his world’ and ‘inhabits a domain of greedy self-gratification’. He is ‘fat, ugly, vulgar, gluttonous, grandiose, dishonest, stupid, jejune, voracious, greedy, cruel, cowardly and evil’. I rest my case.

The play challenges convention. Its opening word, spoken by Ubu himself, is ‘Merdre’. That, as all you sophisticated people will recognise, is ‘Merde’ (the French for ‘shit’) with an extra ‘r’. It was a thrown gauntlet. People were scandalised by it. But why? ‘Merdre’ doesn’t mean anything. It’s not ‘Merde’, so what were they complaining about? It’s an example of how the Absurdists questioned the whole basis and processes of language. For Ionesco, the literal translation of ‘London’ into French is ‘Paris’, and into Italian ‘Rome’. In The Bald Prima Donna, Mr and Mrs Smith sit at home telling one another, ‘The floor is down, the ceiling is up’ – little sentences, or rather universal truths, taken from the book from which Ionesco was learning English.

And I only included that example so that I could segue to a joke I enjoyed somewhere in one of last month's Guardians, which has nothing to do with anything else in this blog.

I was just looking at my ceiling. Not sure if it’s the best ceiling in the world, but it’s definitely up there.

There’s another joke waiting to be told, too, about the man with the orange face and the woman who’s bedding down with the Orange Order, but it’s beyond me. I’m still struggling with disappointment at the problem posed by beginning a translation of Ubu Roi. Jarry just added the ‘r’ to ‘Merde’ to be provocative. If I add an ‘r’ to ‘Shit’, all I get is ‘Shirt’. Doesn’t work, does it?

You had me chortling at my desk. I LOVE your ceiling joke and will waste no time in relaying it to my grownup children. They will roll their eyes pityingly as ever though probably then pass it on to their friends.

Yes, Ubu Roi, you've hit the nail on the head! I haven't brought myself to read it but both sons chose Jarry for their French A level projects so at one time Ubu Roi filled up a lot of space in the household with his appalling character. Never thought a real version of him could exist in this way. Looks like the Absurdists were on to something, regrettably.

The rectangle looked orange to me. Thanks for this delightful and penetrating post. I look forward to cutting off people trying to fool me with a curt 'Don't give me that shirt, man,' (yeah cos that is how I speak).

Well done, Bill. You not only brightened morning, you've inspired me to read a play I've known only by its title. That said, I think translators have been flummoxed too long in trying to translate 'Merdre' literally. It can't be done in English. But the same effect could be achieved. imo, with 'Fluck' or 'Clockshucker.'

Thanks, Griselda and Reb.

Congratulations too, Griselda, at having such enlightened sons. I'm sure they'll appreciate your colloquial variations.

And Reb, you're right, of course - there are plenty of options when it comes to replicating 'merdre', but I couldn't resist the shirt joke.

I think the shirt joke is brilliant and I love posts about words. Remove the R from Trump (in order to drop it in the sh*t) and what we have left is Tump. The TRI-UMPHalism of TRump is gone and was can be left to play happily with all the thump-ing rhymes. Until we remember who/what we're talking about and return to earth with a Bump. Prefer not thinking about the world very much these days so best remove the L and think words instead

Excellent, Julia. I think you may have initiated a new movement - Tumpism - characterised by the removal or substitution of a single consonant to subvert any attempt at meaning or significance. A precursor was Mervyn Peake, who asked ‘Is the Countess of Groan half asleep and half awake?’ only to establish that she was ‘half asleep and half aware’. AEs are invited to join the trend with their own examples.

You invented it. Julia. It's your derision.