Do You Do Good Down and Dirty? -- Reb MacRath 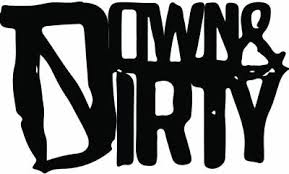 Imagine this: you've spent years developing your particular brand as a writer, from a series of books...to their singular hook (e.g. Southern Scotch)...to the template for your covers. Now, just as you're gaining some traction, the devil whispers in your ear. And you want to try something different. You see a spin-off series. In fact, you've started writing it and it's coming along wonderfully. Still, each day you feel a pressing need to get down and dirty, grappling with marketing hurdles. It's time now for the dirty word. You know the one: 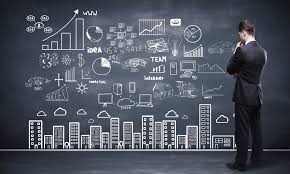 Now, I have no trouble imagining this. I'd written four Boss MacTavin mysteries--all starring that Southern Scot and sporting cool Tartan covers--when I chose to try something different. A new series set in Seattle and starring DB, a minor character in the Boss mysteries. Here are the high points on my strategic road map.

Covers
Keep the stylized lettering but reduce the two items on each Boss book to one. And replace the Tartan backdrop with something suggesting Seattle.

Seattle
My new home will be the setting for each book. And, since the last Boss mystery was called Seattle Red, we can have a cool segue by calling this first entry Seattle something or other. In fact, I cotton to calling each new series entry by the new franchise name--but what?

Seattle BoP
Seattle BoP came to me before I knew what it stood for. Seattle Bureau of Something. I spent days online seeking help with the P, then pouring through dictionaries. But once I'd cracked that particular nut, I had a grander problem: how could readers distinguish between series entries if all were called Seattle BoP? Numbering seemed both cheap and banal. But...

Double Segue
The fourth Boss MacTavin mystery was called Seattle Red. It had been set in Seattle and it ended with Boss agreeing to open a Seattle office headed by his young partner DB (short for Dirty Boy). So readers should enjoy the smooth segue from Seattle Red to Seattle BoP. But will they accept a completely Boss-less book? And will they embrace the change from Boss's rough-and-tumble Corrections to the more sophisticated insurance scams that Seattle BoP will handle? Solution for this first entry: Boss plays a major part in getting BoP in gear.

A 2-Person Narrative
Over the course of four books, Boss has grown and developed his own first person narrative voice. DB needs to hit the ground running in this first BoP entry...step free of Boss's shadow...and become his own man. The Muse sidekicked me to the curb when I tried the first person for DB as well. Nothing but the third person, present tense, would do. To get the hang and the spirit of this, I reread Lawrence Sanders's two books starring Timothy.

Yes, but still: the brand! the brand!
Okay, we're whipping right along. But the tag on every Boss novel had been: A Boss MacTavin Mystery. This definitely ain't one. So how can I let readers know it is in the Boss spirit...and that Boss will still appear? I'll share my solution a bit further down the pike.

And now the bitchin'est challenge of all

A new town, a new job, a new lease on life--my new 5'4" lead also needs a new name. DB no longer works for him. If he's to succeed, then he needs to walk tall. I found a name that I couldn't resist but it came with a hell of a price tag--because the name's a function. It's too soon to release the name. But I can tell you this: any writer would face the same challenge if s/he named a character Assassin or Librarian: how to refer to that character in the third person. Even if readers accept the strange name, they won't be prepared for 'The Librarian went to the bathroom'....no more than they'd accept 'The Bill Kirton went to the bathroom' or 'The Wendy Jones went to town'. And, unlike just Bill or Wendy..., 'Librarian went to the bathroom' sounds weird.

I believe I've found the way. But, believe me, it took days of thought and painstaking prep for my readers.

And I'm here to tell you: I'm so glad I got down and dirty for y'all.

Anonymous said…
I'm intrigued to know what the 'function' name of your character is and why you couldn't resist it... Golddigger? Stevedore? Composer? MUCH cooler than any of those, by my guess. Can you give it a twist so that the reader recognises it is a name rather than a job? Am in awe of your brand awareness and knowhow about giving your books and characters titles and designs to give them the best exposure in the market place.

Bill Kirton said…
Fascinating stuff, Reb. I wish I had the patience and dedication you demonstrate in both the writing of your books and the strategy that gives them their specific identity/identities. Good luck with it all.

glitter noir said…
Thanks, Griselda. I believe I've found a dandy twist that readers will quickly adjust to. But to further pave the way, the group that bestows the name on DB debates this very matter. One brings up the only parallel I could think of, pointing out that nobody had any trouble with that. :)