Remembrance of Things Past

A couple of years ago, Richard Monaco agreed to write a guest post for us, but we never received one. This was right around the time he was diagnosed with cancer, so we assumed the post had been driven form his mind by admittedly more important concerns.

Sadly, Richard lost his battle with cancer last month and died peacefully surrounded by his wife and animals. At the request of his family, I have been going through his files and taking inventory. I was both surprised and thrilled to find the following essay about the unforeseen repercussions our work can have outside of ourselves. It turns out that Richard did not forget to write the promised guest blog; he simply forgot to send it in.

I am very happy to share it with you now with the blessings of his family.

Blast from the Past, or “Oh, a writer” by Richard Monaco 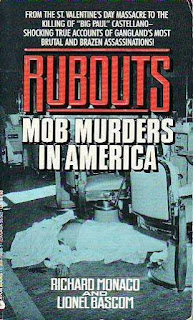 Just watched a true crime show that took place in the '90s when I lived in lower Westchester County. A gangster-cop love triangle. Ears went rabbit when they mentioned one Jerry V. and identified him as a “high-ranking” member of the Lucchese crime family. While working on a crime book (Rubouts, Avon, 1991) I’d hang out in some rough spots. First-drafted most of my stuff in public places and this was no exception. So, while studying some photos of famous Mobsters on the bar, a dark shadow fell over my Martini. Jerry V.

I knew him by reputation which I figured was the best way. Like Moose Malloy, in Raymond Chandler's Farewell,  My Lovely, he was large and considered “crazy-dangerous” by many peers, but never dumb. His problems stemmed from steroids, white powder, and wine. Now he loomed over me and asked about the pictures, half-shouting over the music and noise of the club. I explained. He asked if he might sit – now, this lad, in a packed place, usually had no one, uninvited, sit within two stools of him. 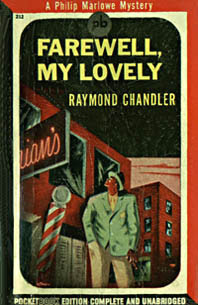 He sat. Studied the pictures. He asked what happened to them after the book was printed. I said they went to him, if he liked. He put them on his wall.

Long and short, we became friends. Socialized. Stuff that will be in the memoirs if I live long enough and enough people die first: people who wanted to kill me and those who were “with me.” His father, a well-respected Capo, considered me a good influence on his kid though he warned me: “Richie, if you hang around with him, make sure your insurance is paid up.” A legend grew that I was a Mafioso.

Because asking questions isn’t the best idea, in those circles, a lot of Wiseguys believed it, too. The DEA even checked me out until, I was told, someone showed them my works and the agent scoffed: “Oh, a writer.” That was that.

Jerry read my Parsival and became quite a fan of Arthurian literature. He saw himself as a rogue knight. His mother once told me he was like a “pirate.” Well, he started taking a sword with him when he rode around town. Apparently, he once drew it to make a point to somebody who quickly agreed with him. When he came back to the car, somebody said “that was nuts” and he replied: “Well, I sheathed it.” Which was true, as far as it went. For a while he was called “Sir Jerry.”

So, you never know what effect your work might have. You can’t afford to worry. 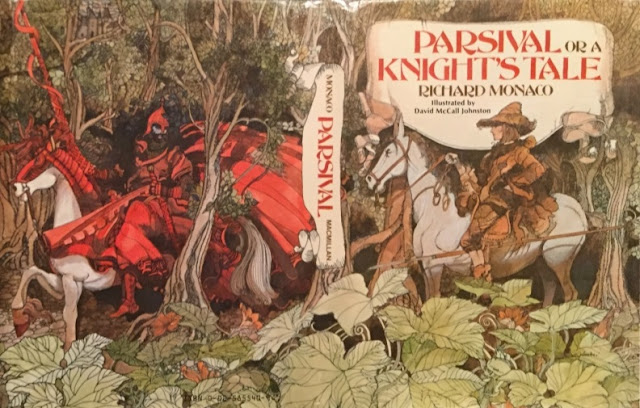 Wendy H. Jones said…
What a beautiful way to remember someone. Thanks for sharing and I am going to buy the book
23 July 2017 at 09:35