By Dipika Mukherjee - July 26, 2017
Writing a novel is like visiting a foreign continent for the first time; there are the annoying visas and passport renewal, inoculations and phrasebooks, but also the long giddy months of serendipity and planning.
And Poetry? Poetry feeds my soul. It is the wind fluting through the weeping willow on a cloudless night. 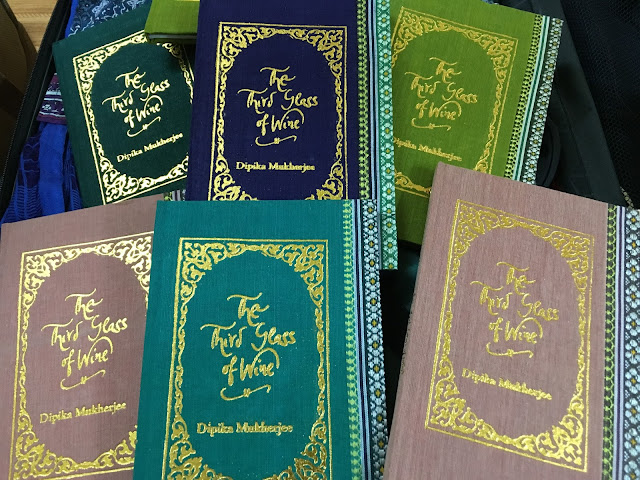 I had my first poem published when I was about 11 years old. Poetry has been a succor through the years of graduate school and raising two boys and has never abandoned me. It has always been there as a sudden image while I am washing dishes, or the red-hot rage after watching the news.
Poetry, as we prose writers discover early, pays so little...and is oftentimes respected much less than prose. Our novels find mention in newsprint and blogposts and even the booksellers’ scribbles on a store display; a book of poetry, by comparison, seems beloved of an arcane sect, rarely embraced unless there is big prize or a major publisher involved.
Back in 2007, while on a fellowship at the International Institute of Asian Studies in Leiden, I used to frequent the Kern Library with its extensive collection on Indology. This library has now been moved and merged into the soulless main University of Leiden Building, but in 2007 it was housed at the Nonnensteeg, where the Nuns once prayed in this oasis of tranquility in the middle of a botanical garden. Iron trellised staircases led to a maze of books, the books bordered by ancient Tibetan Tankhas displayed on the walls.
In this magical treasure house, I chanced upon my first sari-covered book, published by the Writers Workshop in Calcutta. I was astonished by the beauty of the book; the jewel-bright sari cover bordered by a faint line of green and white embroidery stood out from the beige and bland spines in a line. Inside was a table of contents written in a flowing calligraphic script.
I recognized at once that although this book was exceptionally beautiful, it was also rough around the edges, the paper thinner than usual. I would later learn that these books have been hand-printed and handcrafted since 1958, when the press had been founded by a visionary P. Lal in Calcutta (now Kolkata), who would go on to publish the early works of the towering figures of Indian writing in English like Nissim Ezekiel, Kamala Das, Ruskin Bond, A K Ramanujan, Adil Jussawalla, Keki Daruwalla, Jayanta Mahapatra, Pritish Nandy, Meena Alexander, Agha Shahid Ali, Chitra Divakaruni and Vikram Seth, among others.
I immediately wrote to P. Lal. He wrote back, inviting me to submit my work, and explaining that the criteria for selection were high imaginative awareness and mature technique.
With the arrogance of a newbie writer with a smattering of poetry and prose published in journals but no books to my name, I decided that I would not submit my work to a small publishing house in India where English was usually a second language, but aim for a much larger readership in English. In 2003 and 2009, I had been a resident at Centrum in Port Townsend, within walking distance of the Copper Canyon Press. I fell in love with the Copper Canyon broadsides and in my room, I found two volumes of poetry by Reetika Vazirani. I decided to submit my work exclusively to North American and British publishers. 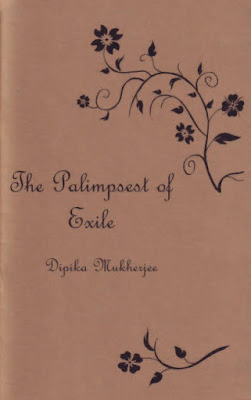 I was lucky with my first poetry chapbook, The Palimpsest of Exile. It was picked up by Rubicon Press in Canada and my editor, Jenna Butler, an acclaimed poet in her own right, treated my inchoate words with a love that bordered on reverence. The Japanese flyleaf matched the flower on the cover exactly, and the finished product was exquisite. This happened in 2009.
But I kept seeing the Writers Workshop books everywhere, and delighting in their difference. As the press went into its sixth decade of existence, I finally realized the value of being a part of the literary history of India, and started the process of qualifying for my own hand-loom sari-bound volume of poetry, with exquisite calligraphy inside.
The Third Glass of Wine was published in 2015.
For a book that I thought would not sell because the publisher was relatively unknown outside India, this book has surpassed my expectations. The demand for this slim book, and the persistence of this small publishing house at a time where the market for poetry seems so small, has taught me the lasting value of exquisite craftsmanship.
Isn’t that the whole point of poetry?