Truism (Chambers) – a self-evident truth; a commonplace or trite statement.
Cliché (Chambers) – a stereotyped phrase, or literary tag; something hackneyed as idea, plot, or situation.
Old Wives’ Tales (Brewer’s) – superstitious stories and beliefs such as are kept alive and spread by credulous old women. 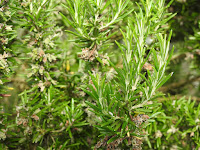 So says Ophelia, in Hamlet, and like me you may have just thought it was one of those things like wearing a posy to ward off the plague, or throwing salt over your shoulder for good luck. Not so. A study found that pupils working in a room with the aroma of rosemary, in the form of an essential oil, achieved 5% to 7% better results in memory tests, and the findings were consistent with tests on adults. Rosemary has been associated with memory for hundreds of years, and Ancient Greek students wore garlands of rosemary in exams!

We all try to avoid clichés, but it’s worth thinking about them because they frequently exist because they are true, and a truism eventually turns into a cliché from over-use. Shakespeare, of course, was extremely good at pinpointing truisms. Here’s a list of Shakespearean clichés.

An apple a day keeps the doctor away
A 2013 study found that if all people aged over 50 in the UK ate just one apple per day, they would actually prevent – or delay – 8500 heart attacks and strokes every year.

Chicken soup as medicine
Scientists have discovered that chicken soup can actually reduce inflammation by slowing down the white blood cell activity responsible for causing said inflammation. So go forth – and eat soup, snotty ones! 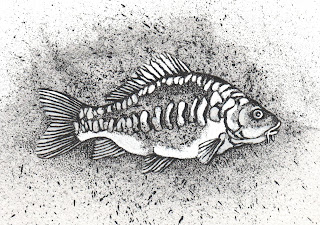 Fish is brain food
A recent Harvard study found that the more fish mothers ate during their second trimester of pregnancy, the better their babies did on tests when they were six months old. But mums need to be mindful of the kind of fish they’re eating when pregnant to avoid the mercury-laden ones, such as swordfish.

Chocolate helps to relieve premenstrual cramps
Studies suggest that chocolate contains nutrients and antioxidants such as anandamide, which can have a calming effect, and keep anxiety and moods in balance.

Cheese gives you bad dreams
There are some scientific theories that suggest it’s the bacterial and fungal elements of cheese that are the culprits. These contain psychoactive ingredients, which have the potential to affect dreams. BUT … not all cheese-induced dreams will be scary. 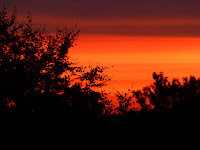 Red sky at night, shepherd’s delight. Red sky in morning, shepherd’s warning.
According to the Library of Congress there’s certainly a scientific explanation for it:
“When there’s a red sky at night, this means that the setting sun is sending its light through a high concentration of dust particles, indicating high pressure and stable air coming in from the west. Meaning good weather will follow … A red sunrise can mean that a high pressure system (good weather) has already passed, thus indicating that a storm system (low pressure) may be moving to the east. A morning sky that is a deep, fiery red can indicate that there is high water content in the atmosphere. So, rain could be on its way.” 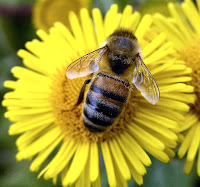 Honey Genuinely Does Suppress Coughs
A study showed that children with upper respiratory infections were more likely to get better than they were if dosed with a common cough-and-cold medication. The reason? Honey is a demulcent, meaning that it forms a mucous membrane that soothes the irritation in an infected area. Honey is also antibacterial; it was used in ancient history to heal wounds and reduce infection. 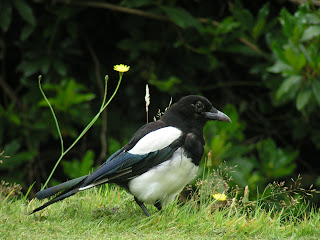 And yes, this one genuinely is rubbish. I just wanted to post a picture of a magpie!

One for sorrow, two for joy, three for a girl, four for a boy,
Five for silver, six for gold, seven for a secret, never to be told.

Fran B said…
Now, this is the kind of 'word-search' I like; not those squares of jumbled letters you get in newspapers beside the crossword and sudoko. I did philology at uni, many moons ago, and I remember loving semantics (the history/development of the meanings of words and phrases). Thanks for a walk down memory lane! And for some new insights into old sayings.

Would love to study herbs one day. I adore the smell of rosemary; it always gives me a wee tingle when I breathe it in. I use it loads in cooking. However, it can be dangerous: when I worked in an epilepsy support organisation for a few years, I learned that it is one of the smells that can trigger a seizure in some people. And midwife friends tell me it can induce miscarriage.

I'm sure we lost/buried a great deal of valuable information about herbs in the 20th-century drive towards modern, chemical drugs and seasonings. Thank goodness real interest in them has been sparked again.
17 July 2017 at 12:58

Jan Edwards said…
One of my favourite sayings tells us that the order in which trees come into leaf will predict the coming summer's weather.

"Oak before ash is only a splash,
Bit ash before oak and you're sure for a soak."

Likewise when trees - and oak in particular - shed their leaves late in the season its because they are 'hanging onto an extra blanket' and is a sign of a hard winter to come.
17 July 2017 at 15:24

Elizabeth Kay said…
Thanks Jan and Fran - the info on rosemary was a bit scary, and I'll watch out for the oak trees' sartorial inclinations this autumn.

Umberto Tosi said…
I catch the fragrance of rosemary and deeper meanings in this intriguing post, Elizabeth. Thank you. Researching the uses and history of herbs, roots, spices and other plants led opened the way to my adding dimensions to my Ophelia character (in Ophelia Rising) that I never would have conceived of otherwise.
20 July 2017 at 07:53