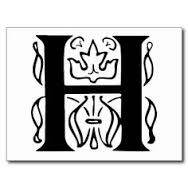 A recent Facebook thread was discussing the pronunciation of A in conjunction with an invisible H at some length.  I suspect we have all come across that old chestnut of how to enunciate ‘bath’ (or ‘grass’, ‘class’, ‘pass’) and whether it/they should be pronounced with or without the unseen H as in ‘b-ah-th as opposed to b-a-th.

Though the originator of the Facebook post now lives in California he is a Brit by birth, and, his original question was to his US counterparts on how they heard those invisible  H sounds.

In his case he was specifying the distinction between ‘ass’ and ‘arse’ as a play on words. Perhaps not the best example as it turned out. Several people appeared genuinely confused to learn that in the UK the word ‘ass’ generally refers to a donkey and/or a stupid person, whilst an ‘arse’ is a part of the anatomy (and yes, occasionally also a stupid person). This would seem to be a different question on the surface but one can see how the confusion has arisen and why the Brits on the thread moved on to gnaw on the age-old bone of regional contention – the pronunciation of the humble bath. 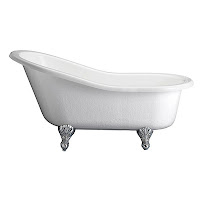 Confused? Most people on the thread were.

A little basic research suggested to me that the linguists’ view appears to stipulate the hard A is being the ancient form and AH merely a variant that arose at some point in the 1700s; though from where nobody seems entirely sure. (Perhaps a subject for future research on my part.)

A point that was never raised, however, was the frequently overlooked third variant which the linguists categorised as a rural AA.

What had this to do with the stridency between those Facebookers? It would seem that the Brits moved on to other A words, and perceived  it as indicative not of historic usage but some mythical north-south divide and, to a lesser but no less vocal degree, of class. This view of southern accents as being automatically ‘posh’ has always been one that has genuinely perplexed me. 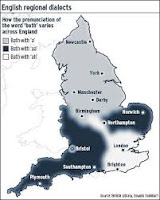 I grew up in Sussex where that AA was anything but silent. The As of my youth were drawling and elongated.  They had very little to do with received pronunciation and everything to do with the Sussex dialect that is now seldom heard but was still common in the 1950s and 60s. Its gentle cadence would slot an extra A into just about any word. The humble ‘ah, yes’ of a general acknowledgement, for example, being drawn out into a single ‘AAAA’ sound. Bath would be pronounced with as b-aaa-th. A little ovine perhaps but if you imagine any of the southern rural accents reaching from Sussex, though Hampshire and on to Somerset and Dorset you won’t be far off the mark. It was and is the accent of farm labourers and milkmaids and seafaring men.
Given that the A is invisible it had made me wonder how these would be portrayed in our writing. Or, indeed, whether they should even be given a second thought. Will a reader hear the presence or absence or that invisible H (or AAs for us country folk) purely from knowing the speaker at that point hails from Reading or Ripon?

Having tried to portray a Sussex accent in both my country novel Sussex Tales, and to a far lesser extent in my recent crime drama Winter Downs, I know just what a precarious path it can be to tread. Written phonetically the accent is almost indecipherable to those unfamiliar with it. Used sparingly it runs the risk of becoming the kind of ubiquitous rural accent frequently adopted on radio and tv; which belongs to nowhere and nobody.  All we can hope to do is give a flavour and trust that character portrayal fills any minor gaps.

You need look no further than ‘rough’, ‘bough’ and ‘cough’ to realise that English pronunciation is seldom bound by anything so simple as rules. In which case I have come to the conclusion that the mystery of the missing As and Hs are not anywhere near so important as some would have us think; and for writers at least (in the interests of sanity) is probably best left unsolved.

***
Jan Edwards’s fiction has appeared in The Mammoth Book of Dracula; Mammoth Book of the Adventures of Moriarty; MX Book of New Sherlock Holmes Stories  and many other crime, horror, pulp, weird fiction, main stream and urban fantasy anthologies.  She has  been a part of a scripting team for a Dr Who DVD due out in November 2017. (Details of all works here)

Her latest crime novel, Winter Downs is available in print and kindle formats in UK and US


Leinster Gardens and Other Subtleties
Posted by Jan Edwards at 00:00

As a Devonian, this is a very familiar dilemma for me. However, as someone who's lived most of his life in Aberdeen, it stretches more widely. Naturally enough, I wanted at least some of the policemen in my Jack Carston series to have local accents. Unfortunately, that meant that spelling them phonetically produced gems such as 'Fa ye spikkin till?' and 'Foo's yersell?', which were immediately discarded by my excellent London-based editor. I understood and accepted her reservations but I was sorry to be deprived of a significant aspect of their characterisation.

What an interesting, wonderfully written post. I fight a lone battle on the pronunciation of Glastonbury. Southerners have always given it the ah sound until the pop festival took hold and now the A in Glas is invariably flat. If spoken by someone with a northern accent that makes perfect sense; less so when the speaker otherwise uses the AH sound in last, plaster, bath etc. Just as irritating is broadcasters talking about the lahst cahstle on the pahth to Newcassell, as if the Geordies won't recognise the name of their home town otherwise. Patronising or what?

Well despite being a Southerner I've always said Glastonbury, not Glahstonbury - nothing to do with pop festivals. I always say Glasgow, too, though it seems that Radio 4 has decided it should be Glahsgow.

Interesting that you mention Sussex - although Scottish, I was actually born in Sussex and spent my first 4 years there, and something about the Sussex accent has lingered on, so that people sometimes find it hard to place where I'm from and guess at Cornwall!
I think we probably use a short 'a' in bath up here in Edinburgh - one of my main pronunciation battles is with an Irish colleague over the word 'scone'.